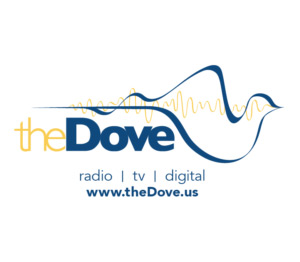 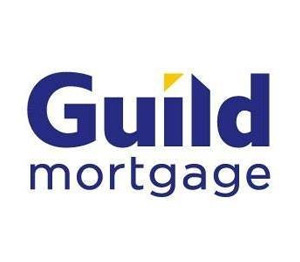 Joel and Luke Smallbone know how to spin a cocoon of sound that envelopes the listener, lace words of truth and use their voices to lift and inspire. For FOR KING + COUNTRY - the quadruple GRAMMYÒ-winning progressive pop artist-songwriters - what music can do, as a positive and emotional force in people’s lives, is what drives the Sydney, Australia-born, Nashville-based duo. Fearless and searching for not just commonality, but how we all can take the things that scar us and transform them to grow in love, FOR KING + COUNTRY offers rigorous engagement with the world.

The duo’s growing list of accomplishments - number one radio singles, headlining tours with sold-out arena shows in major U.S. cities, sold-out shows on multiple continents, GRAMMY and Billboard Music Award wins, multiple RIAA certifications, and appearances on CBS Sunday Morning, Good Morning America, The Tonight Show, TODAY, and CMA Country Christmas - alongside their bold pursuit of a more just and loving world, has afforded them the opportunity to create music with some of their musical heroes: Dolly Parton, Timbaland, Echosmith, Lecrae, Tori Kelly and Kirk Franklin. A resume such as this creates an ever-widening platform rife with the boundless awe and spectacle one experiences during a FOR KING + COUNTRY concert, and one from which FOR KING + COUNTRY will continue to use to share their music with the entire world.

What Are We Waiting For? marks profound personal and professional growth for the brothers following the double GRAMMY-winning album, Burn the Ships; it reflects the state of the world and their growth as men, fathers, husbands, and especially humans.

COVID and the lockdown time gave the Billboard Music Award winners the opportunity for full immersion into their music. Life slowed down enough to allow an exhale, to take stock of life, count their blessings and sound a call of compassion, togetherness and celebration.

Time off the road also afforded a diversity of producers, longtime collaborators Josh Kerr (Keith Urban, Camila Cabello) and Tedd T (Mutemath, Celine Dion) were joined by British producer and artist Matt Hales (known as the artist Aqualung) and Los Angeles-based Tayla Parx (co-writer on “Love Lies” by Khalid and Normani, “Thank U, Next!” by Ariana Grande and “High Hopes” by Panic at the Disco). For the always questing, always musical brothers, What Are We Waiting For? looks into the pain, the stumble, the jagged parts – and sees there’s more.

“The musical progression for us on this album is a question and a comment for all of us,” Joel explains. “Looking at the songs – ‘Broken Halos,’ ‘Unity,’ ‘H.O.P.E,’ ‘Together’ – the greater questions are where the urgency and hope lie. To recognize imperfections, but not be drowned in shame when we do. Knowing if you ignore (flaws), you can become such ruthless judgers of everyone else.”

“But there’s a commonality to the pre-chorus of ‘RELATE,’” Luke picks up. “If we can have that and all say, ‘I’ve been wrong,’ it’s possible to meet humanity right where they are. Rather than wanting to drown in your shame, we can heal together.”

Whether employing whirling string sections and perfect harmonies on “Broken Halos,” syncopated gang vocals, a heartbeat backbeat, broad choruses and a half-rapped, half sung deliver on “Unity” with Dante Bowe, the swirling tumble and tension of “Shy”, or a classic, melody-forward Beatles-esque ballad honoring Joel and Luke’s parents, “Unsung Hero,” the 10-time GMA Dove Award winning duo creates intriguing soundscapes, while painting meaningful truths and its new album What Are We Waiting For? certainly lives up to its name.

“When you go through the unimaginable, perhaps unexpected, challenges, the suffering produces bravery,” Luke shares. “Bravery turns to courage, then hope, which I thought was fascinating.”

“It’s this idea it’s all based on fairness,” says Joel.  “But there’s often a crossroads where you recognize the troubles. This tragedy of the pandemic is a perfect example: it wasn’t just New York City, or a few countries. It was the whole world! We can use this moment to build a little more resolve. The arts in general have a tremendous ability to transcend.”

“Seasons,” opening with the simplest piano part, measures change inherent to intimate relationships with equal parts acceptance and recognition, while the cloudlike piano/string delicacy of “Harmony,” featuring “Sleeping at Last,” is a balm for minds unsettled by the world’s turbulence. Luke adds, “‘For God Is With Us’ speaks to all circumstances. No matter hardship or great delight, we can all take great comfort in God being with us.”

“We want to encourage people to engage in the larger realms of life, to reach out in community,” Joel offers. “We’re all seeking. Hopefully this [album] provides that place. After all, art bypasses the head and goes straight to the heart.”

Often writing and demoing songs straight after coming off stage while on a rigorous tour, delivering a high-energy connection for audiences of 15,000 or 20,000 fans regularly, FOR KING + COUNTRY harnessed that energy and urgency to fuel the duo’s writing. On What Are We Waiting For?, the brothers opted for an almost simmering approach to giving songs room to find their own way instead of capturing them in the white-hot velocity of the moment.

Growing faith in the largest context transformed the vulnerability. “Love Me Like I Am” calls for acceptance of self and each other. It’s knowing in a world of faster, harder, more, sometimes your flawed misstep makes you loveable in an even truer way.

“The lack of compassion and the lack of humanity,” Luke says. “You look, and it’s everywhere. Then you realize it’s not just you are seeing it. When we worked with Tayla, she looked at us, said, ‘What if the changes fall real quick?’ It lifted the sentiment up. It comes down to a comment, her asking, ‘What if...’ There’s more movement, and the chorus sets up...”

“You start to realize you’re always so close to the near miss,” Joel adds. “One simple comment, it changes the way the song hits people. That difference is profound. That song is much more global, where we found ourselves and who we were. Tayla really honed ‘RELATE,’ and bought it home. Two Australian white guys, Josh Kerr being a country guy and Tayla being a Black woman from California: there was such diversity, but we all felt the same thing.”

Seeking to move forward as artists and human beings, FOR KING + COUNTRY took a world on the verge, realized man’s plight, and created a compelling song cycle to deliver recognition, hope and empowerment before arriving at a benediction. “Doxology,” which closes the project, offers blessings and a glimpse of what we find when we pay attention, embrace the flow, and each other.

FOR KING + COUNTRY is one of the music industry’s most respected and decorated duos. Brothers Joel and Luke Smallbone have won four GRAMMY Awards, 10 GMA Dove Awards, a Billboard Music Award, 13 K-LOVE Fan Awards, and their nine No. 1 songs have produced an astonishing accumulation of over one billion on-demand streams. The RIAA Platinum-selling act’s live show has been hailed as a must-see concert event that continues to wow sold-out crowds whether in the U.S.A, Australia, Germany, Netherlands, or New Zealand. for KING & COUNTRY’S most recent album, the RIAA Gold certified Burn the Ships debuted in the Top 10 of the Billboard Top 200 Album Chart and has since propelled the duo to an industry setting six consecutive No. 1 singles including “joy.,” “TOGETHER (feat. Kirk Franklin & Tori Kelly),” and the 11-week platinum smash “God Only Knows.” The global hitmakers have collaborated with a diverse list of artists including the legendary Dolly Parton, NEEDTOBREATHE, and Timbaland, amongst others. Joel and Luke Smallbone are committed to numerous philanthropic efforts focused on human trafficking, children in need, as well as numerous programs in support of the arts. 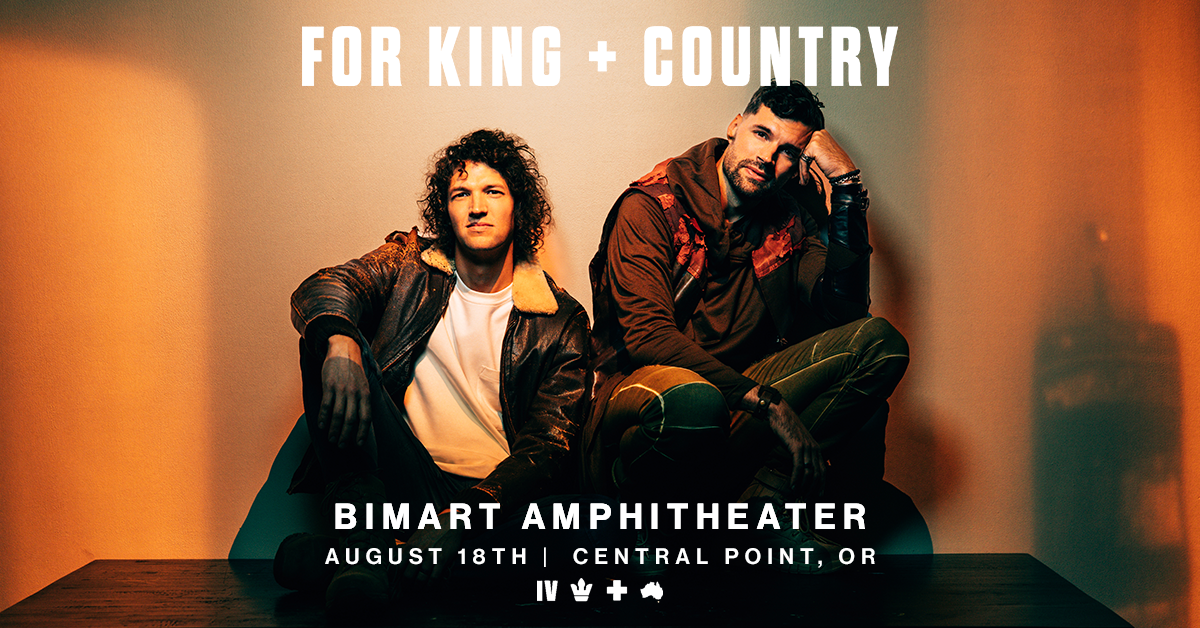